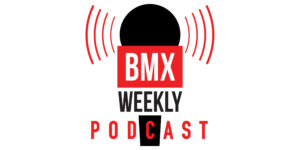 After years of trying to get him to do one, Geth Shooter finally caved in and we just recorded a Podcast whilst I’m over in the UK.

We cover a lot. Starting out riding for Two Wheel Service Bike Shop, Bunneys GT, Redline, GT, Titan and Free Agent (distributed by Raleigh) later on down the road in the Masters category while working at Raleigh in the mid 2000s.

We talk about doubling at both the 84 NBMXA National Series and British Championships in his first full year of racing. Racing with Scott Williams, Martin Jose and Charlie Reynolds that same year.

Geth talks turning Pro and maybe missing out on racing in Europe by not racing Superclass first, winning the first round of the Kelloggs against the Americans, his thoughts on Pro racing the first few years, maybe where he might have featured at the Slough 86 Worlds if he had raced.

We talk about Geth’s domination in the 87, 88 season before moving back down to Superclass mid 88 season and racing the new era of British riders moving into the 90s.

We talk about some of the riders he raced with from Ruffell, March, Woods, Robinson, Middleton and later Gary Llewellyn, Craig Scofield era to Tony Fleming, Damon Parkinson, Lee Alexander, Tom Lynch, Neal Wood, Anthony Revell, myself later in the 80s and, finally getting to race in Europe, something you were not allowed to do if you were a UK Pro in the mid 80s.

We talk about Geth riding the Ilkeston Brickyard, Nottingham Broadmarsh, Brighouse Trails, Redditch and more, alongside his time working at British Cycling, riding road bikes these days, being inducted into the first ever British BMX Hall of Fame last month and so much more.