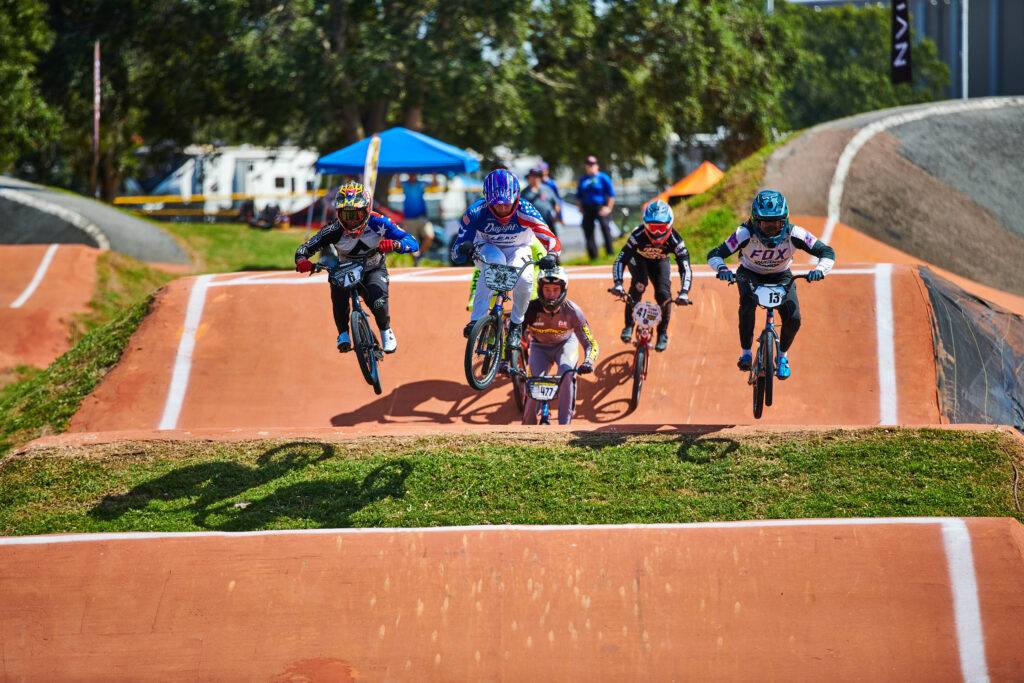 This shot is from the Gator Nationals held in Oldsmar, Florida over the weekend. It looks like the city drama has been cleared up and the track is back open and everyone’s racing once again.

Izaac Kennedy continues his great form, smashing out podiums this weekend with a 1st on Friday and he backed it up with a 2nd on Saturday. Corben Sharrah flinched on the gate Friday which cost him a potential podium but he still came back with a 3rd on Saturday and a 2nd on Sunday. Connor Fields later tweeted that Corben and Joris Daudet (Saturday’s winner) both need 2 scores in Bakersfield in a few weeks to have a shot at the coveted Grands title. (We can talk more about the title chase later and who else is in the running.)

Last up, in this shot is Asuma Nakai out of Japan plate 13 and he is still on the rise. Despite only making the main on Friday, I think we’re going to be seeing a lot more of him.