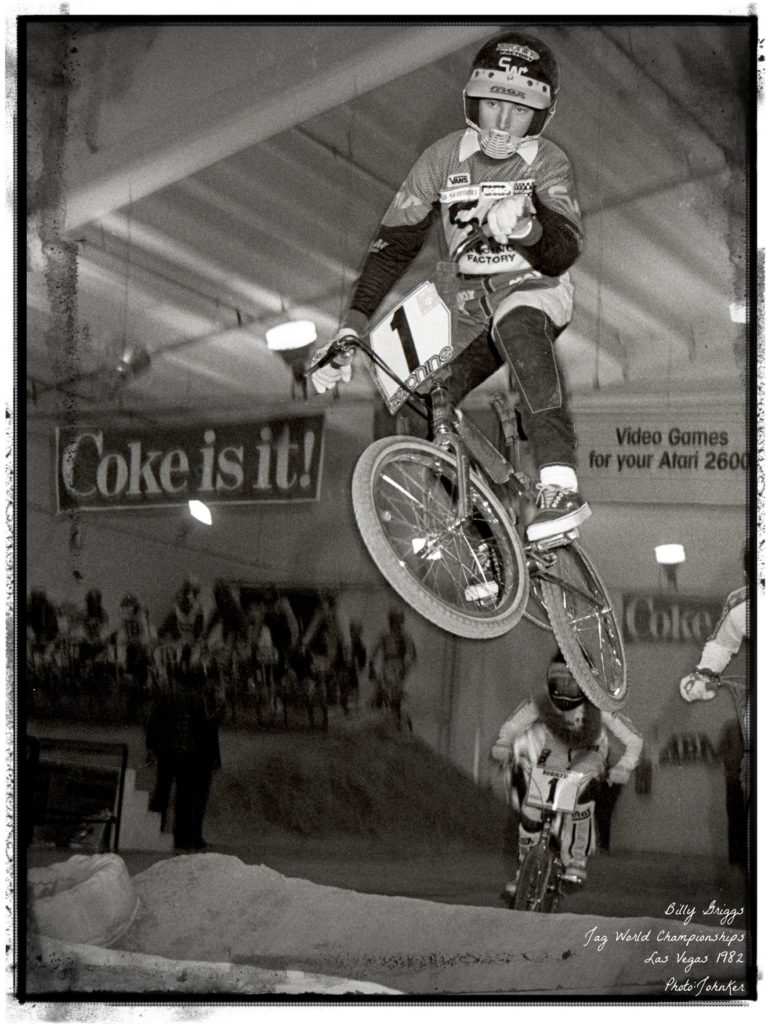 This is Billy Griggs on CW at the 1982 Jag World Championships, which was held in the Tropicana Hotel in Las Vegas, shot by legendary BMX Plus photographer John Ker. I as a kid saw this race on TV and have watched it literally 100’s of times over the years (taped it on VHS), before rediscovering it again on YouTube.

It really made an impact on me seeing the likes of Greg Hill and Anthony Sewell going at it in the Pro Open Main and both going down before Hill coming back to win the AA Pro Main, as well as Sewell winning Pro Cruiser earlier during the footage. Also I was impressed by Richie Anderson (Patterson) taking both 15x and the Trophy Dash, the Gary Ellis and Rich Farside battle, and the likes of Monty Gray, Brit Adude, Nelson Chanady and a guy in jeans and a Schwinn jersey called Robert Eisenberg double in 14x and 13-14 Cruiser.

Epic footage and embedded in my mind for nearly 40 years now!