1980 the first Official BMX Race in the UK at Redditch 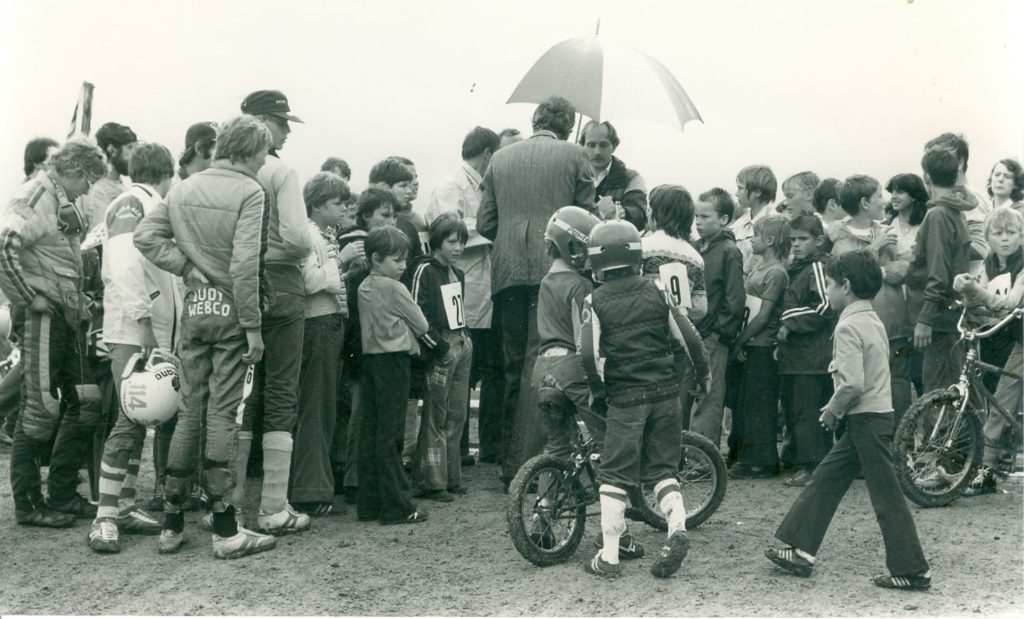 2020 officially marks 40 years of organized BMX Racing over in the UK.

August 30, 1980 was the first official BMX race in the UK at Redditch in the Midlands, which was sponsored by Halfords. Some of the keys people involved in setting up UK.BMX.A – United Kingdom BMX Association and this first race included Alan Rushton, David Duffield (Halfords), Geoff Wiles, Peter Selby, Malcolm Jarvis and Don Smith.

Gerrit Does brought a select number of Dutch riders over to Redditch for the first event to compete giving it an international flavor. History was made and the start of organized BMX Racing as we know it in the UK was underway. Today, 2020, the Redditch scene is still going strong with both a skatepark and national caliber track (Redditch Premiers BMX Club).