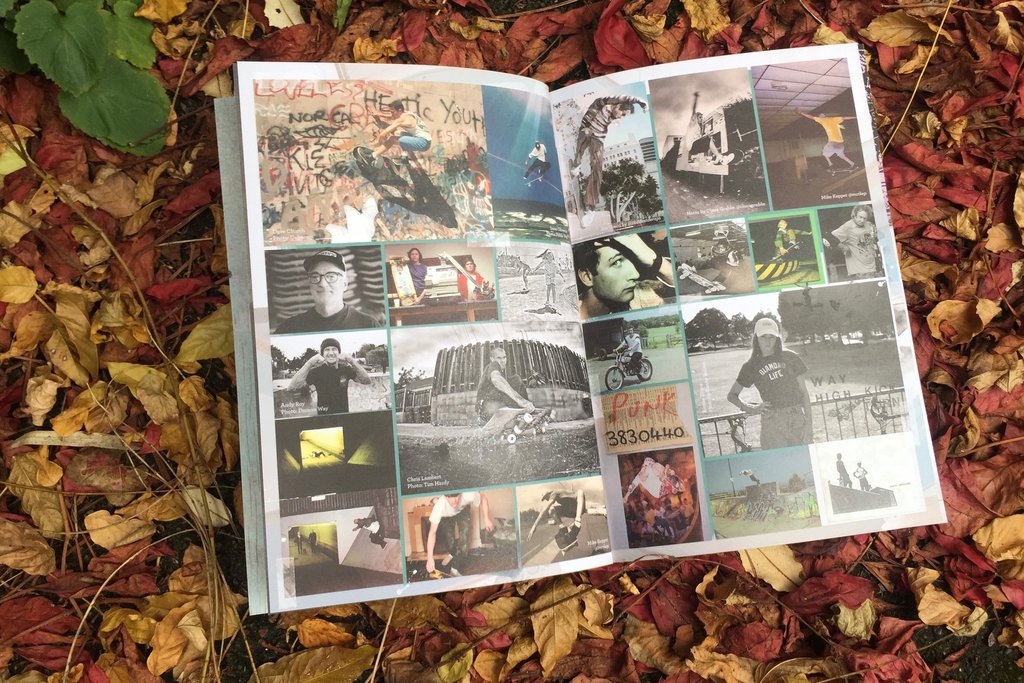 Age/Live/Years got into BMX & Skate?

Poole and Bournemouth BMX tracks and the South UK regional / UK National’s from memory around 83 – 87.

Got into skating late 80’s after walking into local shop Hot Wheels’ and seeing a Thrasher magazine and the boards on the wall… blew my tiny mind.

Hot Wheels was our portal to California: BMX, Skateboard and the first pair of Vans.

Who are some of the people you looked up to in BMX & Skate growing up? 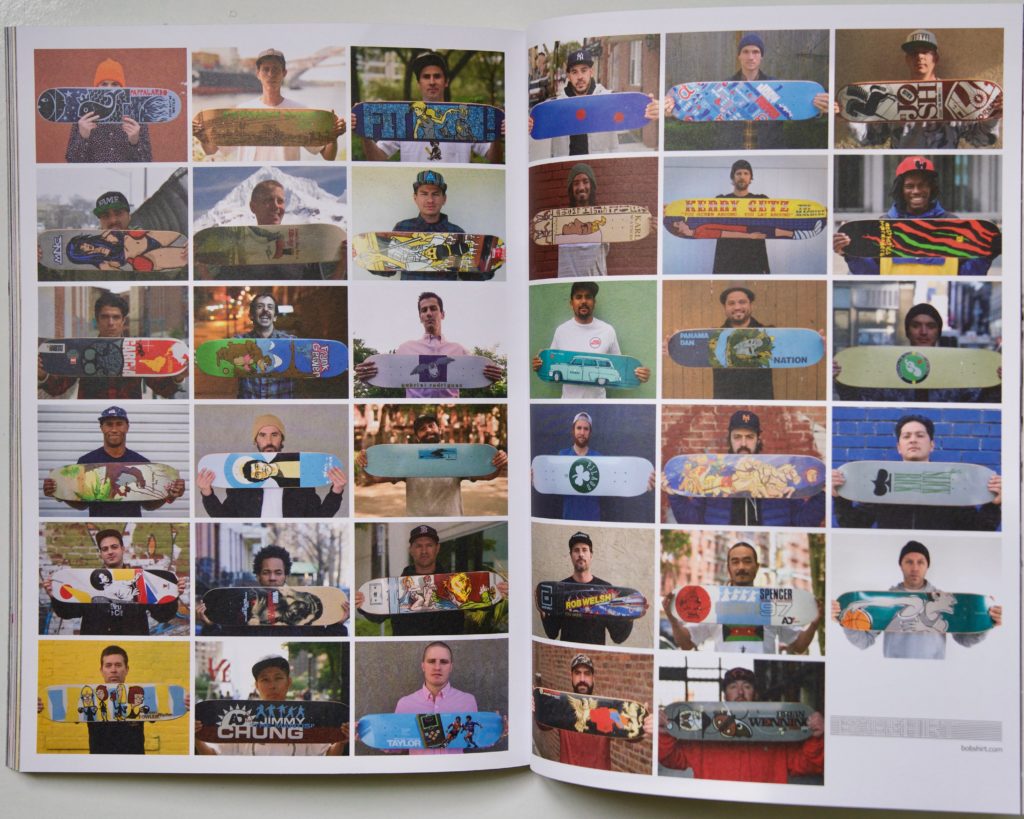 Tell us about Same Old Magazine and how it started?

I guess I wanted to make the magazine I can no longer buy. It started from a day around Don Brider’s house going through some of Don’s old Zines and photos. From that I made a 50 copy Don Brider issue that was a homage to Don just for fun. After that came out,  a few people started asking when the next issue was out, can I subscribe to this magazine?… I thought shit, I’d better do another issue and its rolled on from there…

What are some of the magazines that have inspired you over the years?

Who are some of the people that helped put the mag together?

Its Myself with the help of Jon Black that put the magazine together. I create a huge mess of images and ideas and Jon helps me clean up the mess and helps with the edit. Jon does not skate never did and has no interest in Skateboarding, so its great working  with a graphic designer who can help me get some distance from the subject.

Later this year we will be publishing a book of Jon’s that’s a look at the emergence of organised crime through 1890–1920. A scrapbook of photos, documents and articles covering the Black Hand, Mafia & Camorra – @blackhandmafia

The list of contributors is too long to mention… but the initial support and enthusiasm came from Nick Farnhill, Damon Way, Andy Jenkins, Don Brown, Jeremy Fox, Grant Briittain, Lance Mountain and Bobby Puleo. Their support of the magazine with contributions and further connections within the global skate community helped things snowball.

Putting the magazine together is a bit like going on a treasure hunt where I don’t really know what I’m looking for until I see it. Countless Uber trips around California knocking on doors, phone calls to some guy who knows a guy, emails with no reply and Instagram DM’s often searching for one photo. 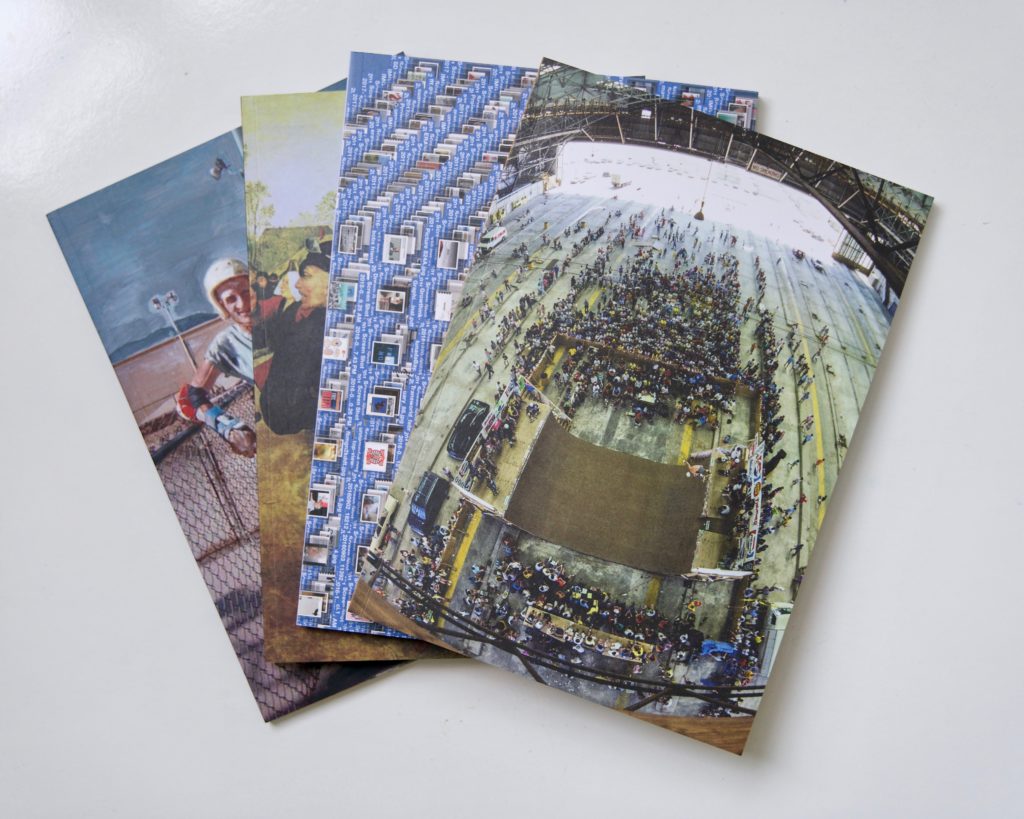 What’s the goal of the magazine?

The goal is to keep evolving it and no boundaries, I don’t see it as a just a skate magazine, or just a print project.

Do you think print ever make a full comeback?

The mass production of corporate magazine’s business model of selling adverts has gone away on the most part. I guess.

What are some of the things you’re most proud of with Same Old?

Working with Andy Jenkins, Grant Brittian and Lance Mountain. Swapping around ideas, artwork and photos has been incredible. Obviously Andy has a deep history in BMX, so I can bore him for hours talking about number design in 1986.

Proudest moment overall is The Palomino store in the UK stocking the magazine thepalomino.com.

Reading Nick’s Palomino’s mission statement was huge inspiration when I started out. Nick’s enthusiasm for the magazine has been pivotal. 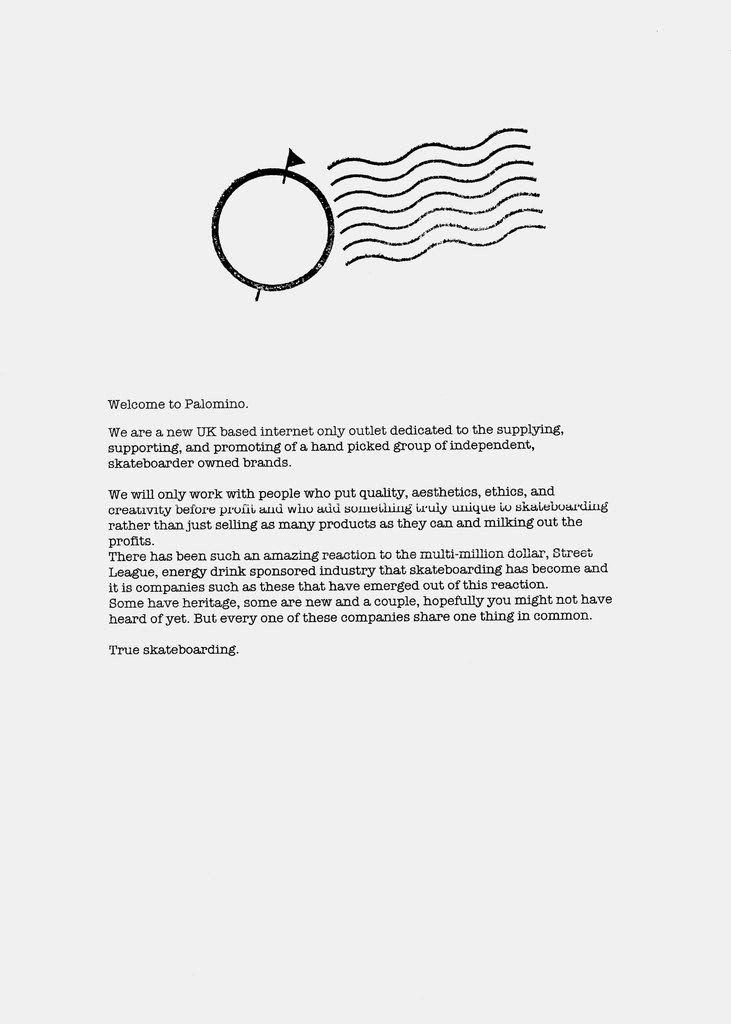 It seems the skate world does a lot better job of documenting Skateboarding than BMX Racing does with a culture and lifestyle with so much great content of both the past and present. Looking at BMX what are your views and how do you see it today in 2019? What could we do better at?

When I go looking online and offline for ‘BMX Racing’ in 2019 I find a lot of actual BMX Racing and the words ‘Olympics, USA BMX, UCI, British Cycling’ etc.

Maybe I’m wrong but I can’t seem to find much celebration of the rich history and culture surrounding BMX Racing.

BMX Racing appears to present itself as a very serious athletic sport only, dare I say ‘controlled & clipped in’ by Governing bodies, surrounded by rules and regulations. Winning is everything, obsessed with the Olympic dream. It looks like Track Cycling these day.

Watching BMX on the USA BMX YouTube Channel, is like watching 100 metres running over and over and over. 20 minutes later I understand they can all run really fast and someone wins but are there any human’s under those helmets or are they all Power Rangers?

Who are these people?
Where are they from?
What’s their story ?
Who made that Bike?
Who made that number plate?
Who’s the 12 year old kid jumping the pro section doubles?

We were equally inspired by Winnie Wright because he was having fun on and off the track. The act of Racing was only one element of  ‘BMX Racing’. It was the people we met, the places we went to, the the clothes we wore, the music we listened to, the way our bike was set up, the stickers on your number plate, it was Charlie Reynolds doing a 360 in his semi final and coming 5th. Some of my favourite riders never won the race.

Like Skateboarding, BMX Racing was born out of late 60’s / early 70’s California. There is a rich and diverse 50 years full of personalties, families, companies, fashions, graphic design, Industrial Design, music and travel. You see all of this celebrated online in Facebook groups and Instagram feeds, but predominantly in a historical and nostalgic context. I just wonder why we don’t see the present day celebration. I’d love to see a wider and deeper view showing the fun you can have Racing BMX and the greater experience.

As a TV spectacle.

Any sport has to be played at the highest possible technical level because people are very judgmental on what they are watching nowadays.  You cannot tell someone ‘this is brilliant’ when it is mediocre, so the technical excellence must be on show for people to watch it. I believe that the development of characters and personalities in sport is the great commercial tool. Don’t change the person, just accelerated the awareness of what type of person they are. It seemed like in the 1980’s each BMX rider had a personality cult.

The mixture between sport and entertainment is something that, when you get it right you appeal to not only your hardcore fans but you have a much wider reach towards the casual fan. Red Bull understand this better than most: For example I’ve been watching their Fast Life series ‘Inside the world of UCI DH and XCO MTB World Cup’. Take a look into the UCI Mountain Bike World Cup season and get the story behind the top teams, riders and races on the circuit – redbull.com.

Watching this series has got me into watching the XC World Cup because I now understand who Kate Courtney is, and what her story is. I’m now emotional engaged.

I loved Greg Hill’s podcast and I agree with everything he said about the sport evolving. Give Greg that CBD money and let him start the revolution! 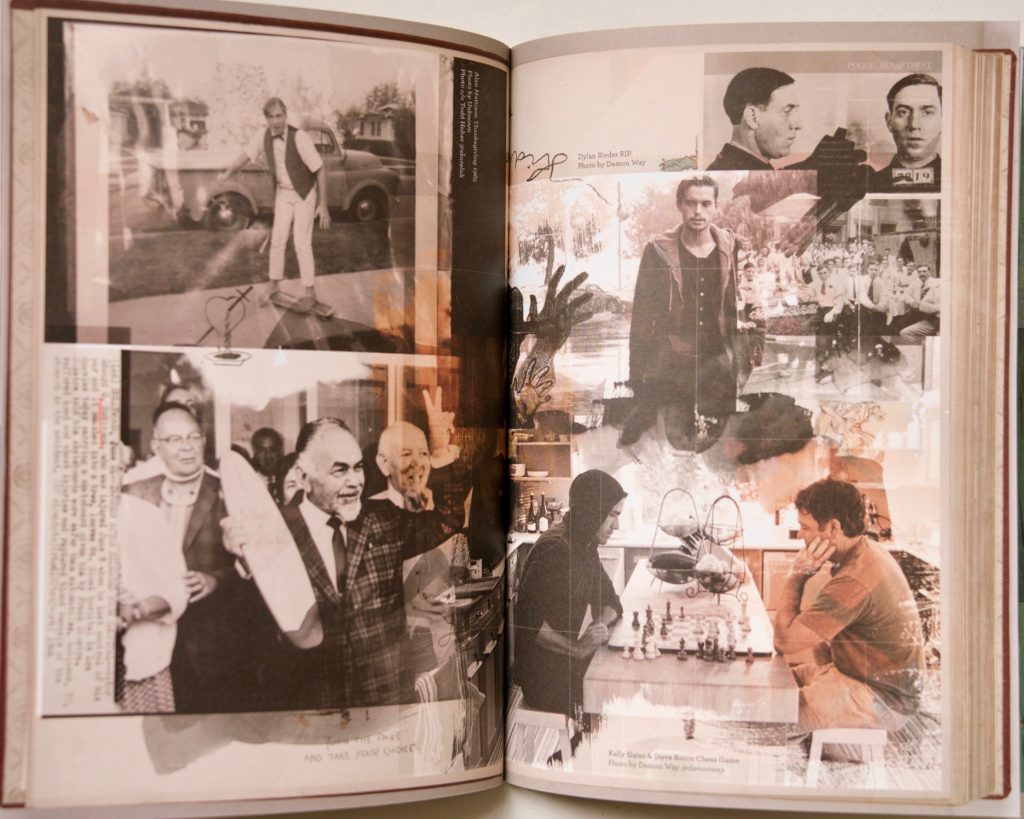 For someone that wants to check-out some good skate documentaries or content online what would you suggest?

Skateistan.org is great example of where skating has had an enormous social impact is the Skateistan project – an initiative to combine skateboarding and education. From its simple beginning in 2007, Skateistan is now a successful international NGO.

What are your thoughts on skate in the Olympics for 2020?

Someone told me up to 5 billion people across the world could experience skating in the 2020 Tokyo Olympics, perhaps for the first time. Inclusion in the Olympics is a topic that divides the skate world, but this mainstream exposure will surely generate all sorts of opportunities. At its core Skateboarding has always been about about creativity, rebellion, personal challenge and invention, and I don’t think the Olympics is ever going to change that. My hope is one of the skaters entering in the Olympics wins a gold medal for this kinda run: youtube.

Seems like everyone’s attention these days is on IG. How has that been positive or negative for the skate world?

If anyone wants to check-out all of your links and website, where do they need to go? 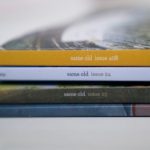 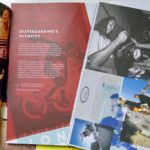 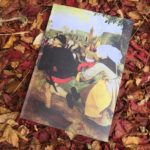 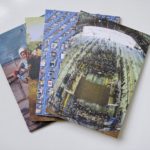 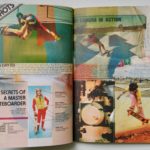 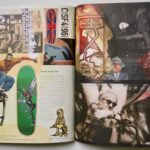 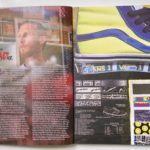 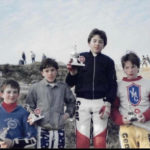 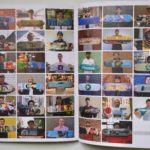 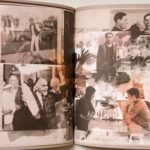 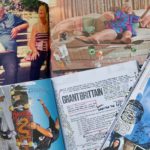