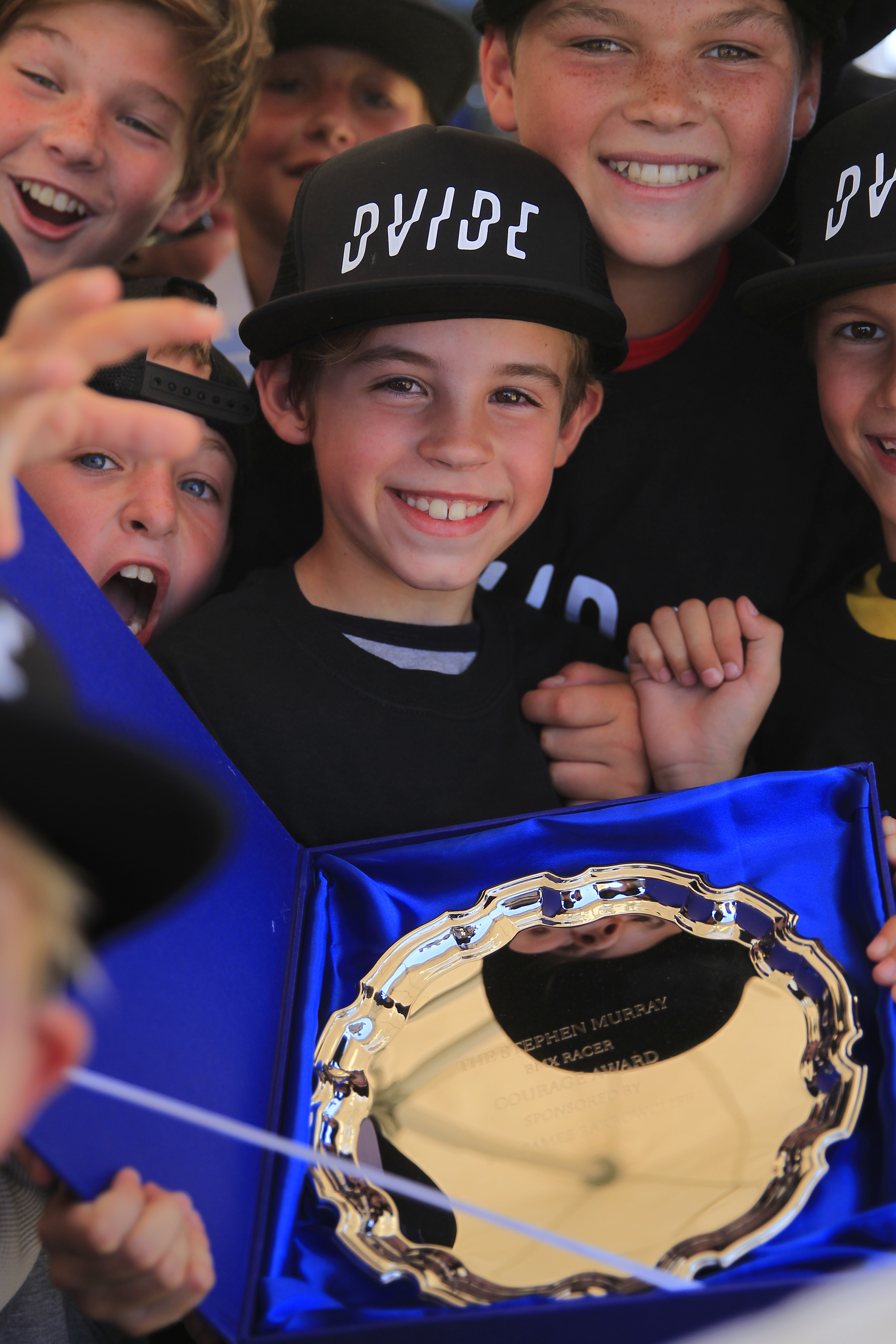 For the second year, the Stephen Murray BMX Courage Award has been in full effect with a beautiful plaque that is donated by Bill Barrowcliff and his son, James (from Trophy Specials in the UK). Bill was one of the UK’s official starters in the 90s and James regularly battled with Stephen Murray in their age group for many years during the 80s and 90s when Stephen was a multi-time British Champion before moving into Dirt. Through social media, Bill and James have been able to connect with racing again and follow Stephen’s journey since his injury and they wanted to do something special in Stephen’s name awarding and contributing to the grass roots side of the sport. This year, Hudson was honored with the award following a week of BMX Pro for a Week YMCA Summer Camp in San Diego.