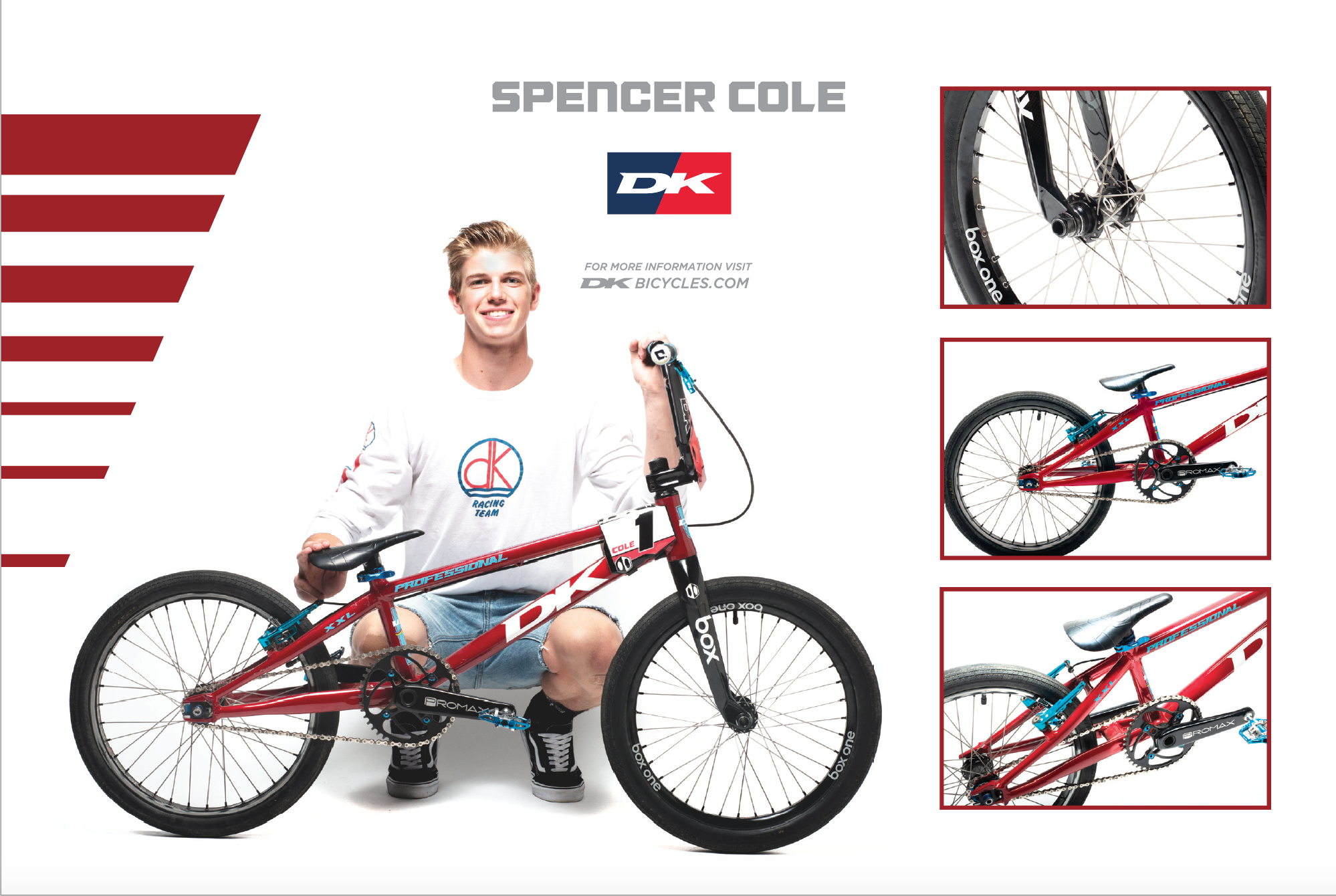 Age / Hometown / Years racing?
I just turned 17 years old and bumped up to the chaotic, 17-20 expert class. I started racing BMX in my “home” state of Ohio at the classic Dayton Indoor BMX when I was 5 years old. As of 2016 the family and I have made the move out to the sunshine state of Florida and I am loving the riding atmosphere out here.

Major titles or wins?
Over my years of racing I’ve claimed 2 National Age Group #1 titles in USA BMX. The most recent memorable “title” would have to be claiming World 6 at the 2017 UCI BMX World championship. Definitely the most exciting BMX event I’ve ever been a part of.

Day 1 kicking off here in Sarasota! Let’s have some fun???

What got you into BMX?
My dad raced BMX when he was younger and got me my first ever complete race bike in 2006 to give me my first shot at the sport and I’ve loved it ever since.

How did you do your first full-year racing?
If we are talking first full-year as an expert on the national circuit, it went great! I won my first national title at the 2008 NBL Grands and didn’t compete in the ABA circuit until 2010.

How did the DK deal come about?
After winning my 2nd NBL title as an expert, Bill and Jason Jewel from DK approached my dad and gave me the opportunity of a lifetime to ride for such a great company at such a young age. The state of Ohio had many top riders representing DK at the time and I feel so humbled to have had the opportunity to work with so many great people at the company.

How’s your year been?
My 2018 season has been filled with many ups and downs. I started the year off with a disappointing turnout in my season opener in Kentucky, but quickly turned things around with double wins in Florida and Rock Hill. A big goal of mine was to represent the USA at the Worlds in Baku for Junior Men. I came just short of that goal but we moved on and charged forward. In light of a bit of a mid-year slump, I just placed 1st both days in Sarasota, FL leaving me with 9 wins on the year heading into the Grands!

Current, toughest competition?
This is a tough question because there’s so many fast and talented dudes out on the track right now. I think the results speak for themselves and Anthony Bucardo will be the most challenging guy out there at the Grand Nationals. I’ve had the opportunity to mix it up with him in the SX opens this year, so it will be exciting to race everyone in the 17-20 class in November.

Crew at the races?
My crew at the races consists of all my BMX family I’ve gained through my years in the sport. Cam Mason, Kam Larsen and Conley Newberry have to be considered my main brothers at the race track though. So many great memories have been shared all around the country with everyone.

Favorite tracks?
My favorite tracks have got to be the Beijing Replica in Chula Vista, CA, Nashville’s famous drag strip and the old Louisville outdoor was a ton of fun to race and ride on.

Riders you look up to?
I’ve always looked up to Justin Posey and Jeff Upshaw growing up. They both are such great riders on and off the track and have found ways to give back to our sport in multiple ways. I hope to one day be as fast and as respected as them.

Local scene – who do you ride and train with?

The local scene around Oldsmar and Tampa is always fun to ride with. Andre LaCroix, Cam Moore, Jeremy Smith, Tyler Smith, Bailey Brannen, the Engels, Mathew Meekins, Josh Mclean and many, many others make the sessions a lot of fun.

2019 Goals?
My main goal for 2019 would be to represent the USA in Junior Men at the World Championship in Zolder, Belgium. Other than that I am working hard to be a top rider in the 17-20 class in the next year and plan on making a bid for the nag title.

Long-term goals?
I feel like many people will answer this question the same. Everyone wants to go to the Olympics and win the Worlds of course. That’s a big goal of mine as well but I also hope to make my name well-known and respected in the industry. I want people to know me how they know Sam’s name or Connor’s name. They’re the best in the sport and a class act for everyone to learn from. I hope to one day be like them.