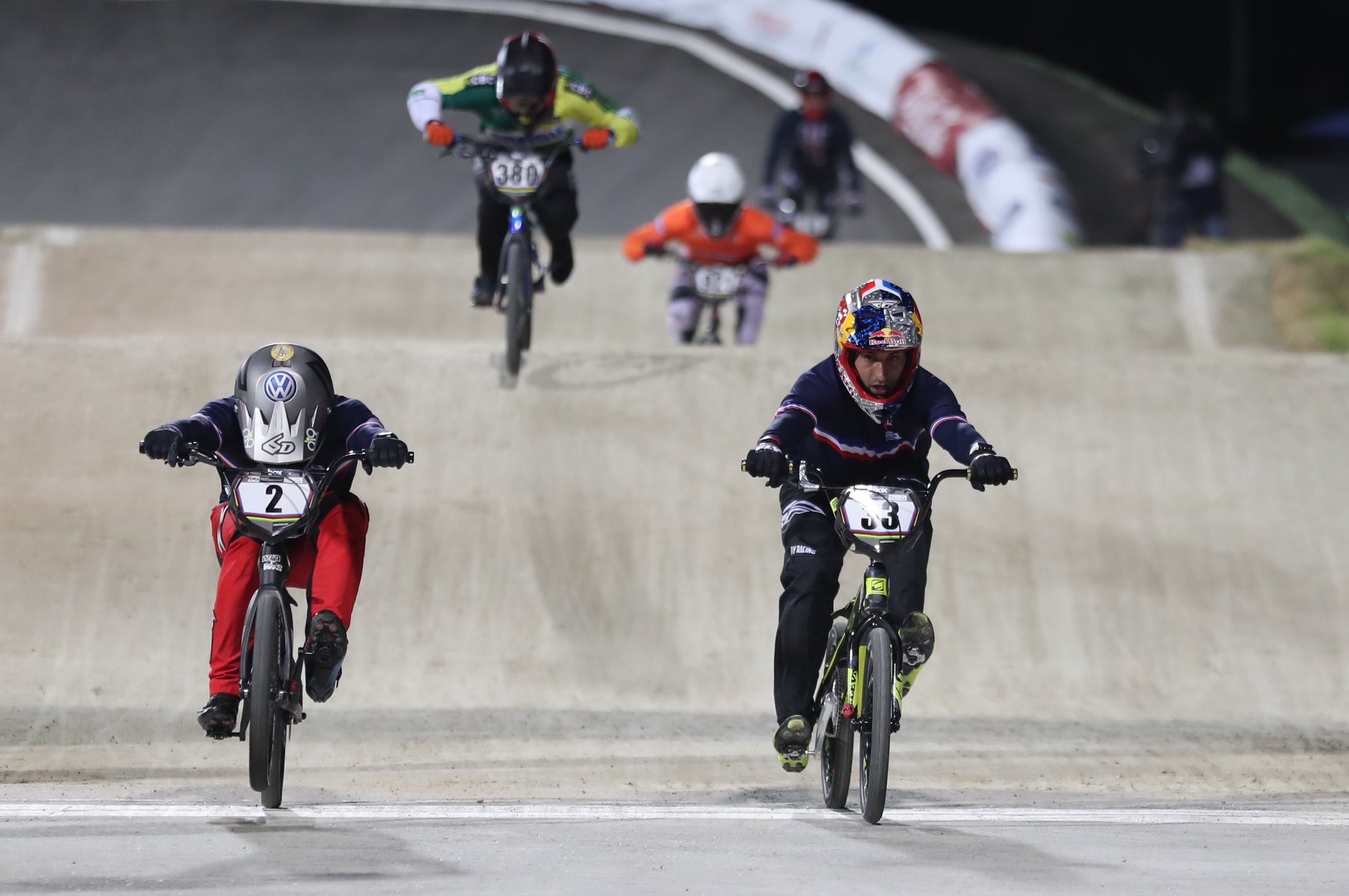 Epic image from Baku during the Elite Mens Final and a moment that will probably haunt Joris Daudet for a very long time. Sylvain André has been threatening for awhile now and in Baku he showed his never give up spirit getting Joris on the line to earn himself his first Elite Mens World Title to go with his already Junior win from 2010.