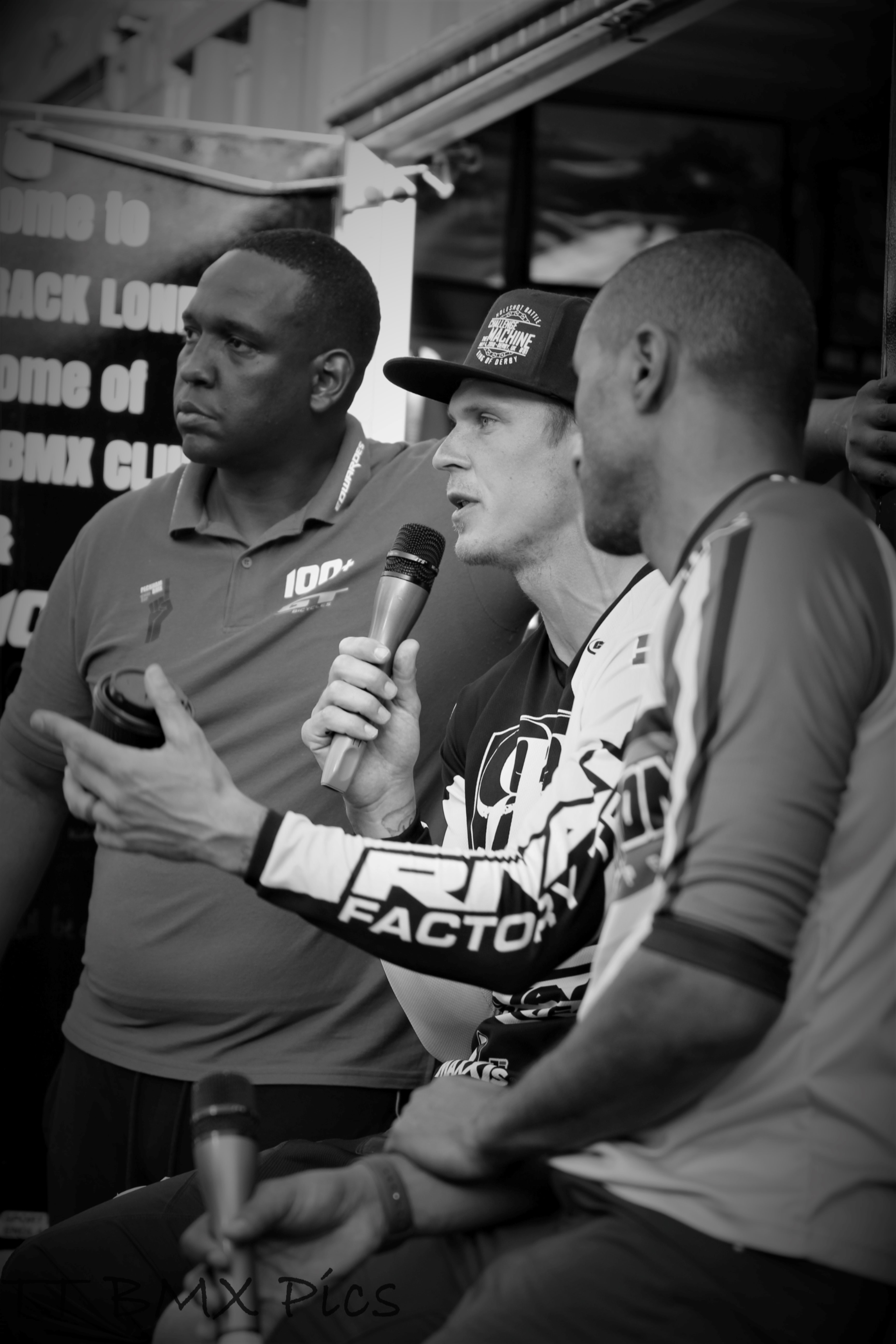 There’s a lot going on in Europe in the race world right now with World Cups in Papendal, Holland and Zolder, Belgium. UCI announcer Dr. Jason Richardson flew over to London from Papendal to join Maris Strombergs and Ck Flash MBE at the Peckham Club for a few days of coaching and to conduct a #ChampionshipLife mindset talk with the Peckham locals. Maris, who was already in the UK racing the “Challenge the Machine” event at Derby and running a number of clinics at Blackpool, Braintree, Royston, Mid Lancs, Cyclopark and Peckham, joined up with CK and Jason to finish up his week in the UK talking to a crowd at the Peckham club.