It goes without saying that BMX Racing has pigeon-holed itself into a corner and we have removed ourselves from the Freestyle side more than ever over the years, which clearly hasn’t done us any favors.

Racing is still awesome and today’s riders are on another level, but it seems like the culture/lifestyle component has been lost in the search of winning with the saturation of trainers, recovery posts and timing devices that seem more important than growing the sport in an already struggling industry.

If you listened to the Tony D Podcast we posted last week, he mentioned the mid-90s when BMX was catching a second wave and the industry was healthy and back on the up. During this time, both DK and GT were both putting on Dirt Jumping events at ABA and NBL Nationals. It seemed like it was a win-win for everyone. Teams invested in riders and both Race and Dirt were featured on TV shows that were shown on ESPN and Fox Sports. In some cases, three TV shows were shot in one day during a regular National Schedule. 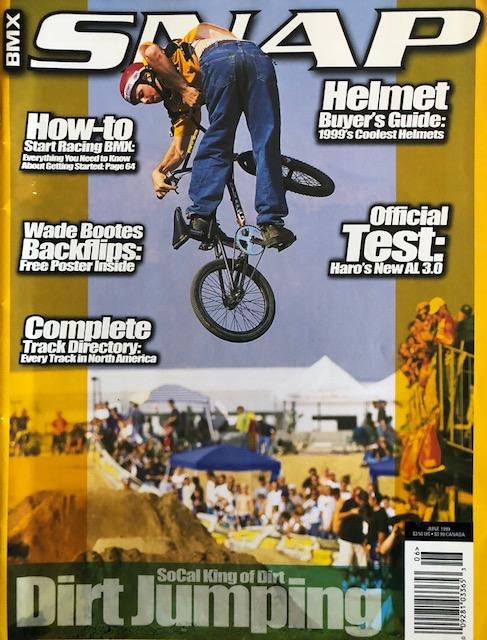 From the media stand point alone, the likes of BMX Plus and Snap/Transworld shot both sides of the sport in one weekend and provided a lot of great content for their magazines.

Maybe some of these ideas could and should be revisited again. Would it work in a today’s BMX World? Who knows but maybe it is worth a shot.