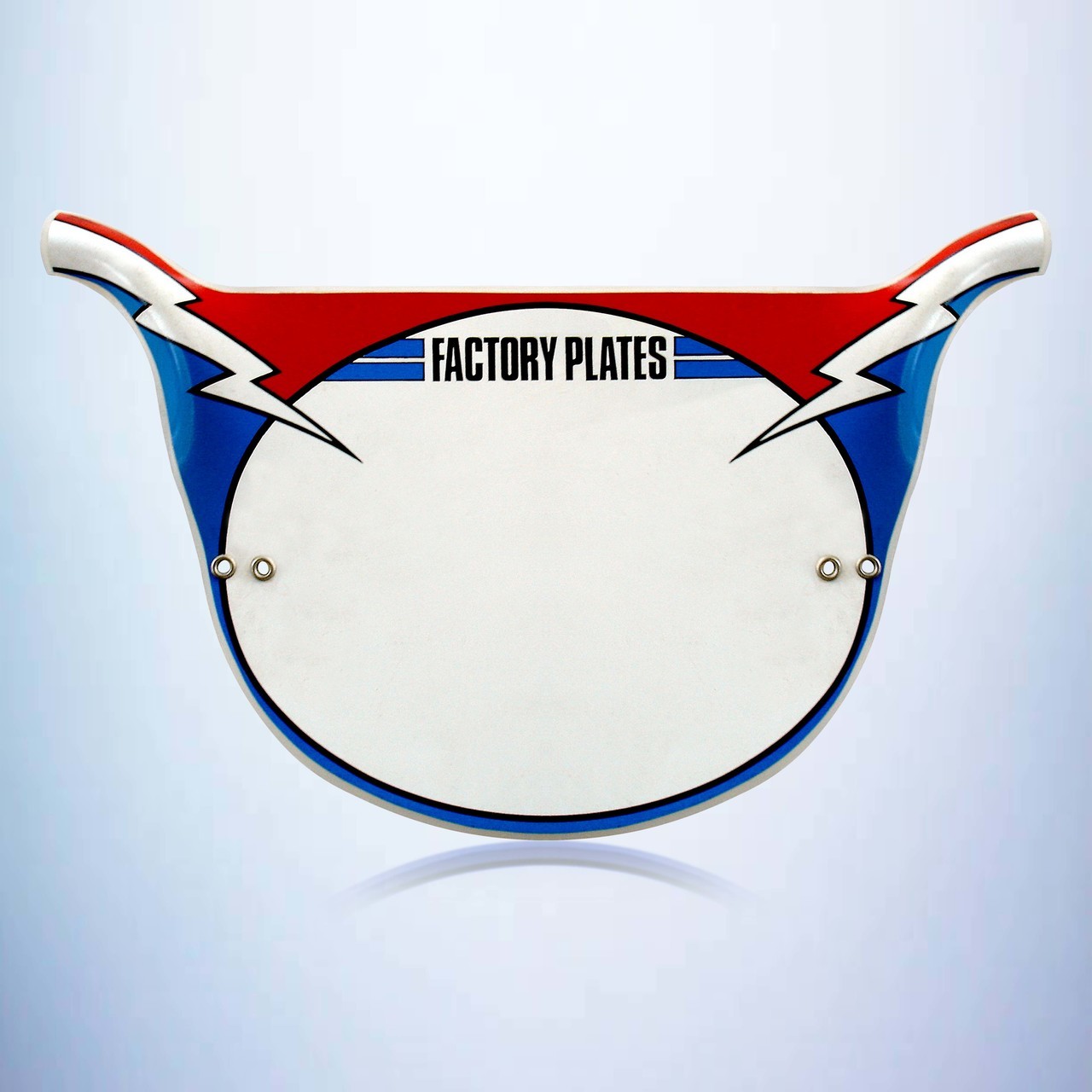 The Factory Plates 40th Anniversary project celebrates the conception of the first dedicated BMX Numberplate, designed and hand produced by Bob Haro in 1978. In celebration of this milestone, Bob has recreated a replica series of his original designs, available in era correct color combinations and packaged with a collection of Limited Edition collectible items.

In 1976, Bob Haro started a creative journey in BMX that became pivotal to the identity and culture of the emerging sport. Combining his passion as a rider and his eye for design with his emerging skills as an artist, the teenager from Spring Valley, California began designing and producing customized BMX number plates in his bedroom at the family home.

Convinced that he had a better design, Bob quickly learned to hustle and network, spending long days at the local tracks selling his handcrafted plates – building connections and growing his small enterprise – one rider at a time. 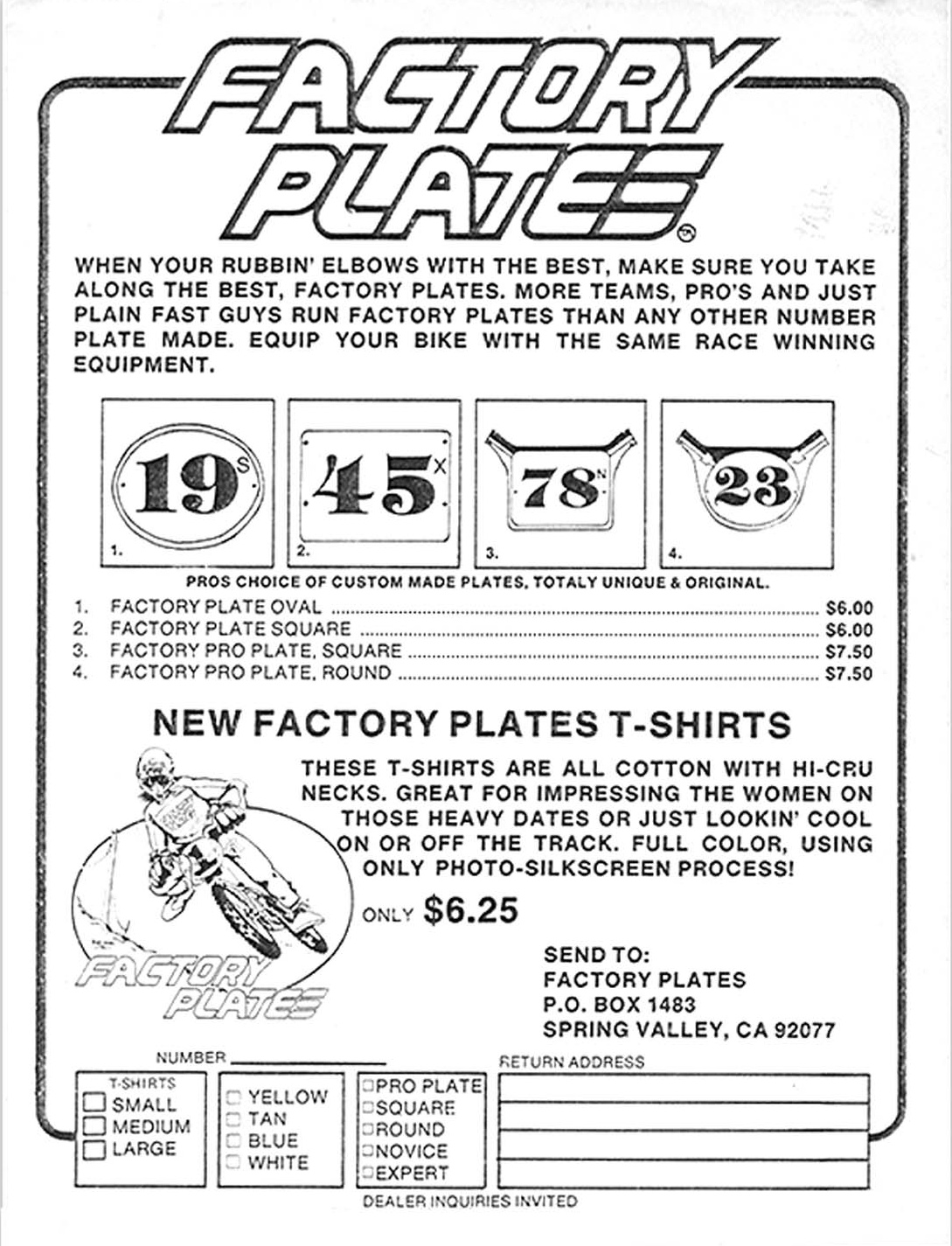 His earliest number plates featured hand cut vinyl graphics on blank Preston Petty motocross plates, and they became an immediate success. Inevitably, the basic “pie plates” that served as race numbers in the early 1970s quickly became obsolete, as a new standard of cool was set.

As the story goes, when Bob wasn’t illustrating or riding his bike, he could be found in his mother’s kitchen molding his hand-cut plates over the stove. In the summer of 1978, while working at BMX Action Magazine as Staff Artist, he formalized his idea and placed a print advertisement for what he called – “Bob Haro’s Factory Plates.”

“The demand from the first ad in BMXA was enormous, and from it, my company was born. From that point on, demand was coming in from BMX’ers across the country and around the world.”

Haro delivered a new and improved design in the summer of 1979. The screen-printed decal featured lightning bolts and a dedicated Factory Plates logo. Although this classic design was often imitated – the Factory Plate remains as one of the most iconic statements of BMX from the early 70’s and 80’s. It is also heralded as Bob’s first legacy product in BMX, and he would go on to develop many more throughout his BMX career.

The Factory Plates project celebrates the birth of the dedicated BMX number plate and Bob Haro’s first venture in BMX. This limited-edition package is inspired by the depths of Bob’s deep BMX roots and original archives. Celebrate with us and own a unique and genuine piece of BMX history. 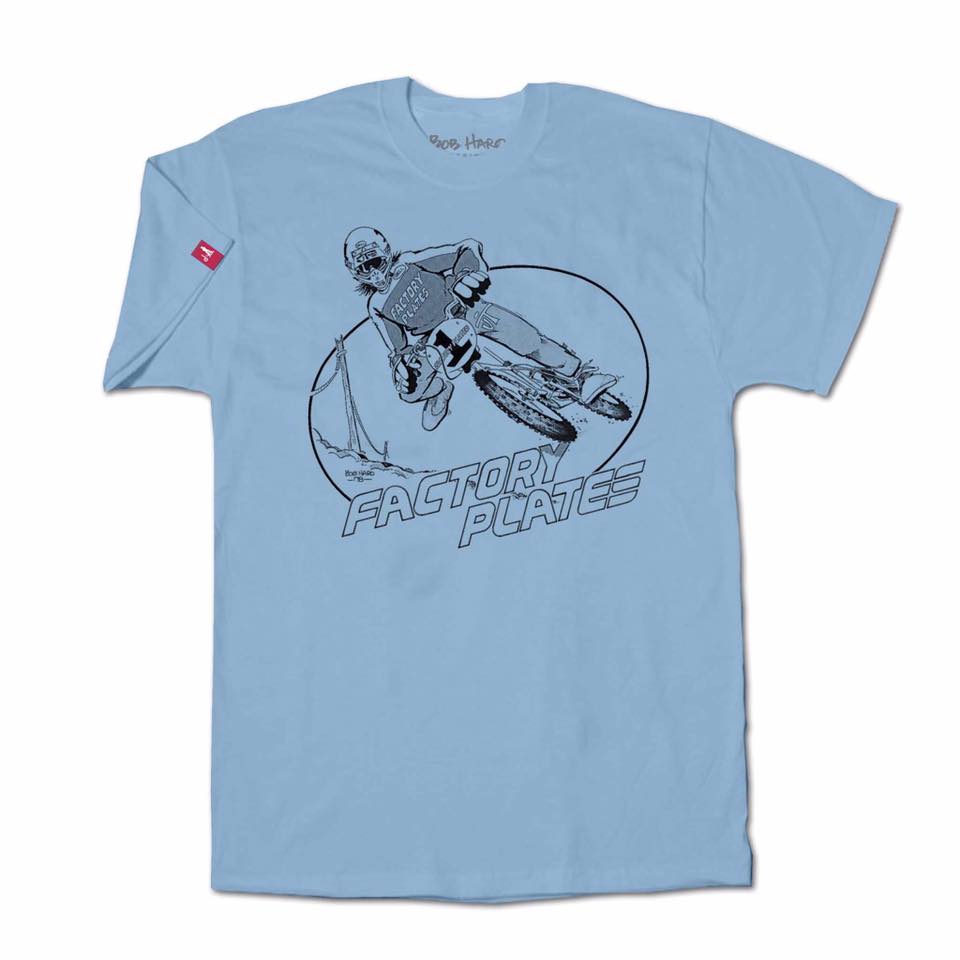