The most controversial ABA Grands ever!

The Grands is just about to kick off in Tulsa in the next few days. With the title coming down to Chase teammates Connor Fields and Joris Daudet, we can expect some great racing but probably not quite the drama that went down for the ABA title back in 1995. As the cover of Snap Magazine read, “The Most Controversial ABA Grands Ever: Who is the Real Number One?”  Was it Leveque or Ellis? Christophe Leveque won the race and had the most points for the year yet the rules stated at the time that only American riders were eligible to win the National title, which meant Gary Ellis, after crashing out in his semi, ended up 2nd in points to Leveque and was then handed the title. You can’t forget for added drama… how close Brian Foster came to taking it also but losing it by a slide-out in the very last main event.  Drama, controversy and still talked about today. Let’s hope for fireworks this coming Saturday night when it all goes down. 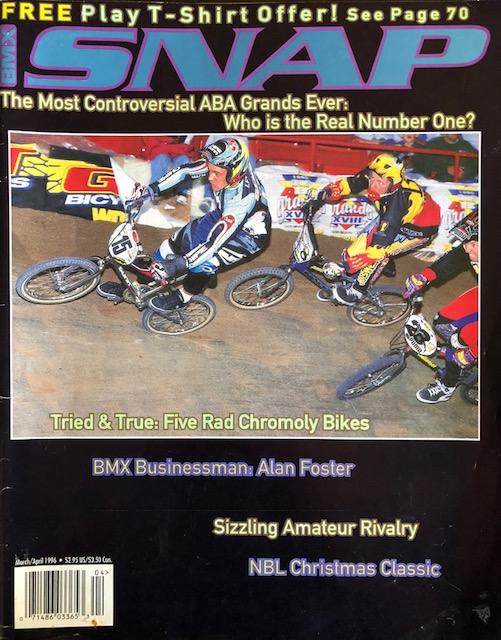