It looks like you’ve been busy with coaching and working with Shimano. How has your year been?

The year has been great and productive. I enjoy working with BMX racers and Shimano when needed.

We see you actively involved with the Bellfllower Track in So-Cal on Social Media. Tell us about your role over there and the local Bellflower scene?

After I retired from racing professionally, I started the BMX Evolution Academy. With that, I do online coaching, BMX Clinics/Camps around the world and locally at Bellflower BMX. When I began coaching out at Bellflower BMX, I started off with one session a week, but since the beginning of this year I created 2 group levels (Maverick and Top gun). This way, I’m able to coach each rider better. With me being at the track 3 times a week, I help Tammy and Marc maintain the track and plug in whereever help is needed. The more volunteers there are, the better the track will be run and the more fun it will be!

During your race days you were a very well-rounded rider that could win on a regular track then when the DH Vans Triple Crown came around in the early 2000s, you excelled at that – winning on that style of track as well. What did you like about the DH style of racing and being part of the Triple Crown Series?

I’ve always enjoyed challenging myself to do and learn new things. The downhill style was thrilling because it was new, fast and big. The one thing I didn’t like was that it was very difficult to race the other racers after the 1st turn. Coming out of the 1st turn first, was key.

Again, when SX and the Olympics came into play, you had no problem adjusting to that style of riding.  What do you attribute your ability to switch gears so easily to?

When I started racing BMX every BMX track was different. From the timing of the gate start, height and angle of the start hill, corners not nearly as nicely shaped as they are now and the surface was always a challenge as well. So, with every track you were challenged to adapt to all of these and more. All of this helped me throughout my career. During the training sessions and clinics I challenge the riders to adapt physically and mentally all the time.

It’s still talked about today, the move you made on Christophe Leveque at the 1999 UCI World’s in France in that last turn to pass him and become World Champion. What can you share with us on that main event and how did it feel to not only win the World’s but also beat Christophe on home turf?

That day was very special. I won the European Championship a few weeks before and was feeling good going in to the UCI Worlds. In the main event, I was on the inside with Christophe – he had a better gate than me, so I stayed on his back wheel going in to the first turn – coming out of the second turn, Christophe jumped to the outside so he could rail the last turn, so I went in for the dive bomb to block the move. The last straight felt like it was the longest straight ever.

The Dutch have always been strong in BMX and continue to be with the new breed you continually turn out in both the Junior and Elite classes. Why are your guys and girls so good?

It’s in the water, just kidding. In the Netherlands we grow up riding our bikes, it’s in our blood. It’s also our main commute vehicle. The local tracks in the Netherlands have a good structure for their riders. From day one, you have a trainer/coach that will teach you the fundamentals of BMX racing.  An athlete will be only as good as their fundamental base.

Who were some of the top Dutch riders you looked up to as a kid?

Everyone has their opinion on the direction of the current International/ World Cup SX racing.  How do you see it and its future?

Things have changed a lot in the last 20 years. I like the platform it is on right now. Separation between the amateurs and Elite riders. I know there has been a lot of debate about this. Times change and people and their interests change as well. You have to adapt to those changes, you can’t sit still and rely on old ideas.

If you could re-run one race during your career, which one would it be and why?

Interesting question. I would say the UCI Worlds in Kentucky. I was feeling really good that weekend.  I was a little bit late out of the gate in the semi, tangled with Bennett going up the first jump and that was it, crash. Would have loved giving you a run for your money in the main event .

You won at the very top during the mid-school era but also in the 2000s as well. What were the differences from the 90s Pros to the 2000 guys you battled with?

In the ’90 there was always a welcoming party ready for when you stepped in to the Elite/Pro class. John Purse said hello to me in the 2nd turn on Tampa and sent me over the first turn. You had to earn your respect from the other Pro’s and you better not run your mouth too much. Payback wasn’t fun. These days the riders seem to be nicer to each other.

What does the future hold for Robert de Wilde?

Who knows. For sure live life to the fullest each day. Watching my daughter grow up will be the biggest joy. Would like to see my coaching evolve locally and globally. And of course, ride my bike (BMX, Road and MTB) as much as I can. 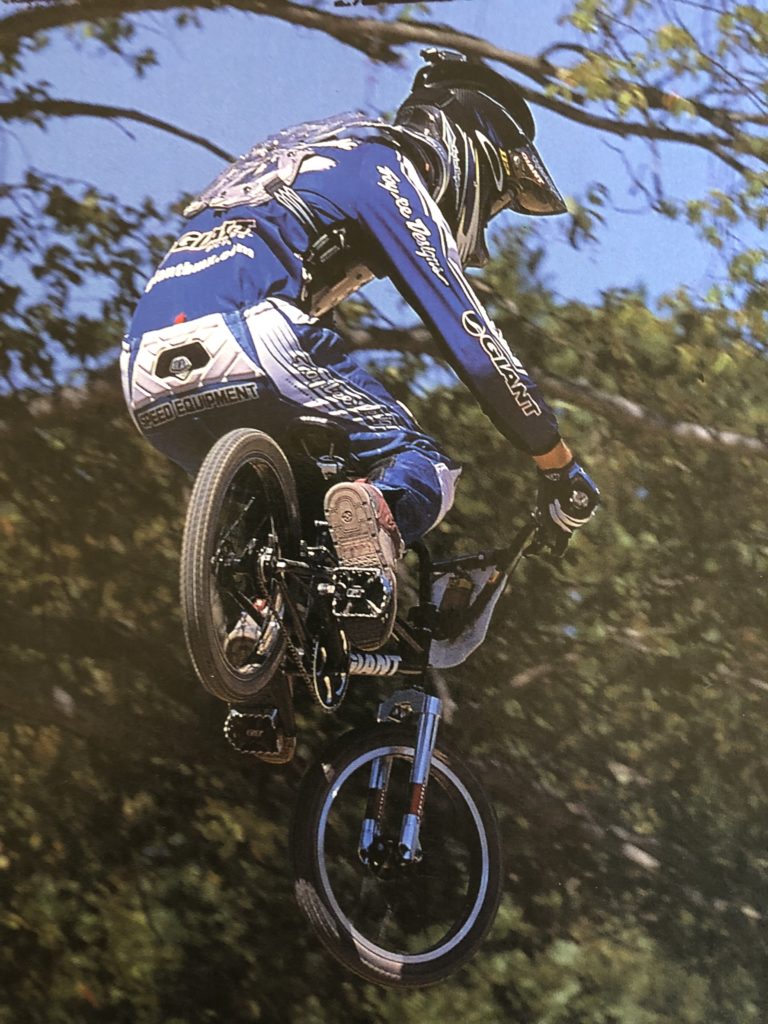