There were a couple of events going on this weekend on the race front. The UCI held a World’s Test Event in Baku, Azerbaijan, home of the 2018 World Championships with only a handful of National Teams showing up amounting to a rough total of 34 riders for the total spread over the Junior and Elites classes, which proves once again the UCI only has $ on their minds and are not looking after the sport’s best interest (word is you cannot even buy a BMX bike in Baku).  Seriously, half of the World’s National Teams don’t have a budget to send riders to Baku for a Pre-race, never mind a rider trying to do it on his/her own dime. With Freestyle entering the Olympic cycle, many National Race Teams are already cutting back. How long can this UCI SX model sustain itself?  Clearly, it has already out priced the industry and is becoming even more exclusive.  Elite Men was won by Sylvain André and the Junior/Elite Women’s class was won Natalia Afremova.

On the USA BMX front, it was the Global BMX Pro National over in Curacao. Big hitters making the trip came from World Champion Corben Sharrah, the current USA BMX National Champion Joris Daudet, and Olympic Gold Medalist Connor Fields. Connor took the win Friday night with Joris taking it Saturday, setting it up for the Grands showdown for the titles between the Chase Pros heading into Tulsa next month.

Over in the UK, Pierre-Henri Sauze has been appointed the new coach for British Cycling and Grant White is out. We’re not sure how the departure went down for White but with 3 Olympic Cycles under his belt at British Cycling and no medals for British riders, it was well overdue to try something else in the coaching department. You can’t do the same thing over and over and expect a different outcome.  PH has a long, credible record not only as a racer but also as a coach working with guys like Brandon Meadows, Jason Richardson, Connor Fields and Tory Nyhaug just to name a few.  There’s no doubt he’ll be good for British Cycling as long as he is given some freedom to do so. 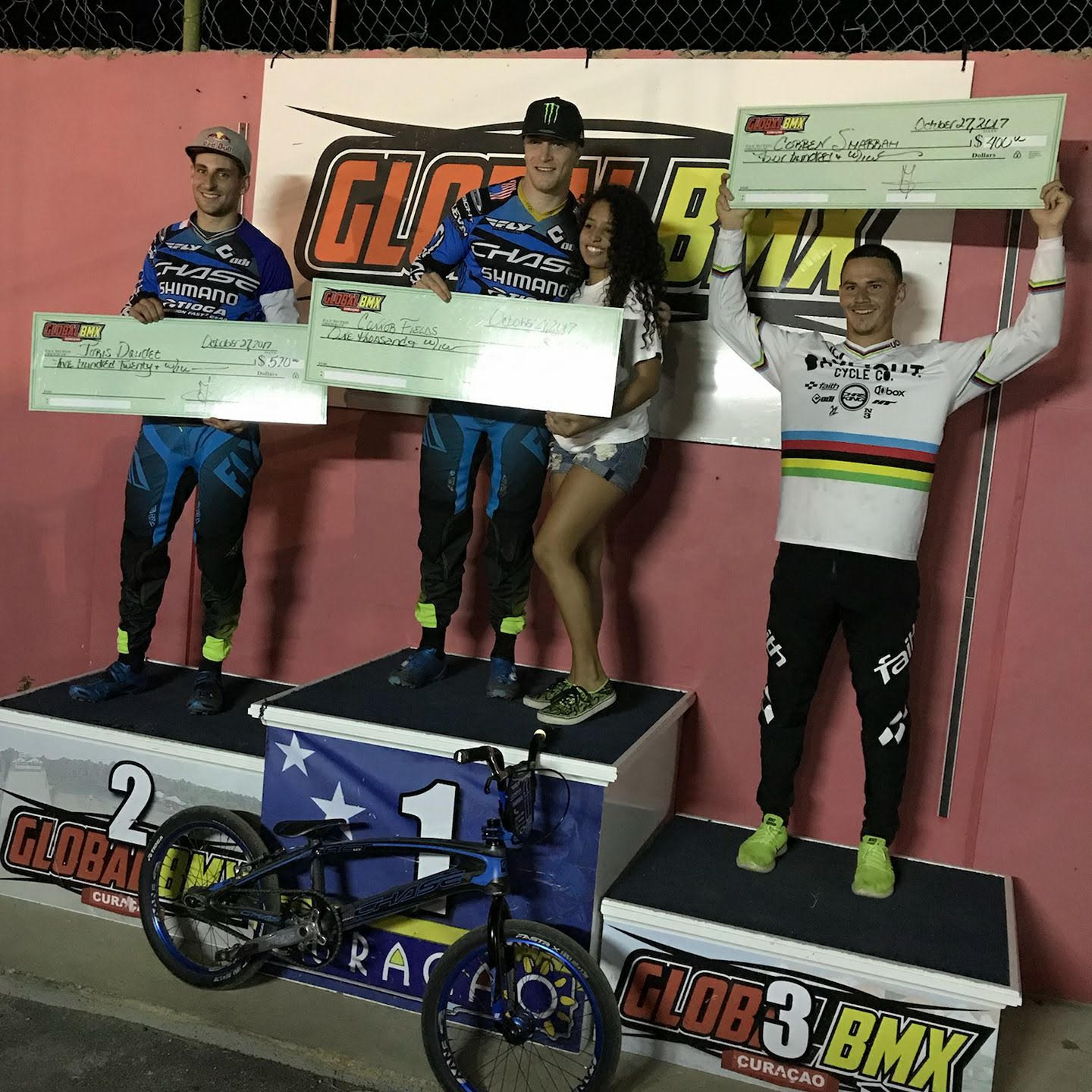