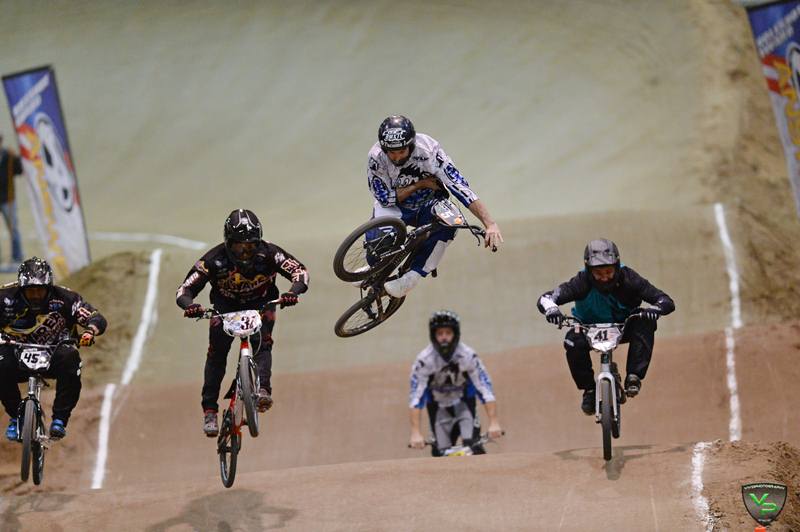 It looks like we are close to the Grands when Chase Teammates and title contenders Connor Fields and Joris Daudet are pitting opposite to each other during the race – Joris in the Chase Tent, while Connor deciding to pit with Fly on the other side of the Arena.

US Junior Devo Team’s Kamren Larsen continues his good form after doubling at Bakersfield last month and doing it again in Reno.

Connor was in good form winning Friday night and passing Joris Saturday for the win, rounding up his weekend off with a 3rd on Sunday. Solid weekend for the Olympic Champ.

Anthony Dean, just like this time last year, looking like he’ll finish the season off strong, podium Saturday and a big win on Sunday.

Joris was consistent, as always, with a 2nd Saturday and despite a bad crash during the motos Sunday, came back and finished 2nd behind Dean in the main event.

It was good to see Sam Willoughby in the house in Reno, alongside coaching his crew, Sam still remains a huge fan favorite, signing autographs and taking pics with the kids all weekend long over at the Berm Academy pit.

SE’s Jason Morris and Throdwn’s Matt Wilcox went down hard during Saturday’s 28-35 main while battling. Morris took his time to get back up, Wilcox looked out cold but hopefully both will have a full recovery before the Grands and resume the battle.

Cristian Becerine, Mike Weatherford and Tim Kneip finishing in that order both days in Vet.

In A Pro, 2 wins for visiting Aussie Max Cairns, with Cole Tesar taking the other during the weekend.

Older AM classes were won both days by Adam Treadwell, Chad Street and Jason Carnes. Carnes was also in fine form in the Pits with stories from Reno’s past Circle Bar Escapades. Amazing…

Other rumors in the pits, Free Agent looking to roll out a new AM Team in 2018.

New GB Coach could be French.

Aussie Coach Wade Bootes already on the Olympic Freestyle bandwagon – seen at a Skatepark with an iPad and stopwatch. Will he Coach the skateboard program as well?

Next up, Curacao for the 3 Pros that can afford to go. The Cafe Willoughby Holeshot Challenge at Chula Vista finishing up with the Grands. See ya