What do “we” want from BMX? Post Worlds’ reflection 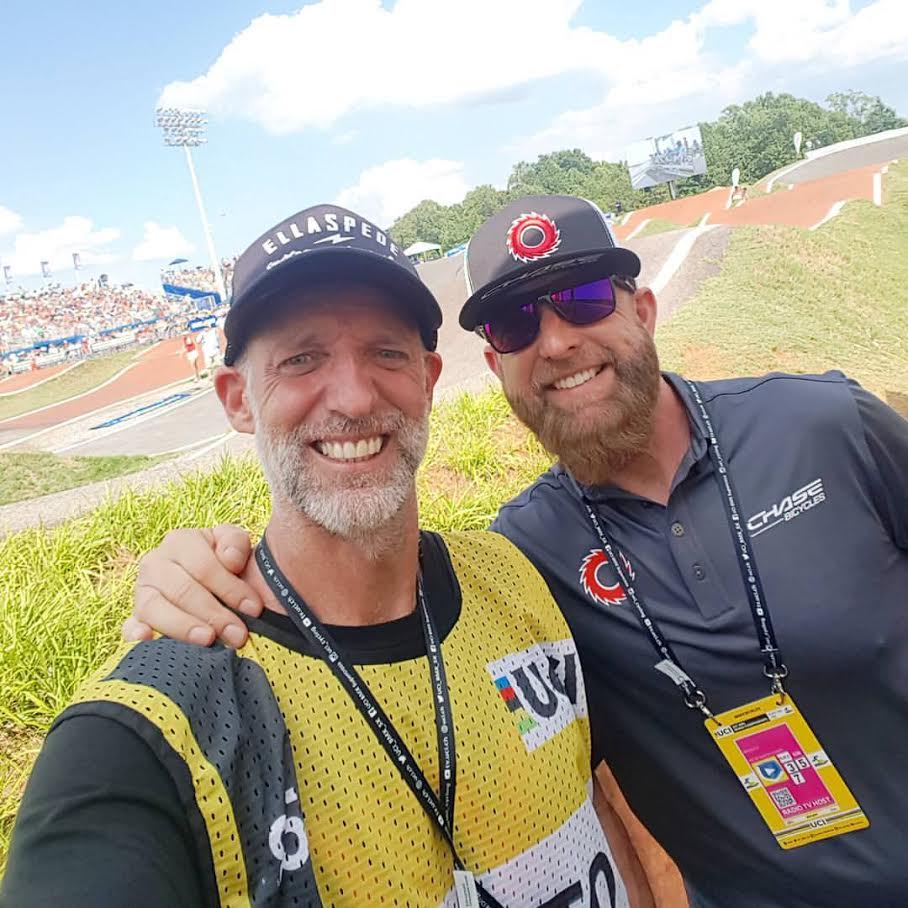 With age comes wisdom, right? Well then, what the hell am I doing riding and racing a BMX bike at 50 years old? I keep expecting to wake up one day, walk under my house and find a rack of road bikes, and lycra hanging from the washing line. But no, it’s just a BMX bike (and something else that has a throttle) and on this Monday morning I’m still happy with my decision to spin a 44/16 rather than grind a set of chainrings, drink soya lattes and head to a job I don’t like just to pay the mortgage.

It also allows me to indulge myself and do things like buy a ticket 2 weeks before the 2017 UCI World BMX Championships (to refer to them with their correct title) and spend a day in planes and airports flying from Australia to Charlotte, NC to take photos of the Aussie kids, and witness some of the best BMX racing on the planet. Plenty has been written, posted and commented on the event. With my own association’s president, Neil Cameron, poking the big bear about their seemingly lack of interest in the challenge classes, prompting a response from the lycra loving crew citing that their role is not a developmental role.

This got the attention of the BMX world, with the old guys wearing out their finger prints on keyboards reiterating screw the UCI, BMX will be better off without them. So, when BMXWeekly asked me a few weeks ago if I’d like to write something about the Worlds in Rock Hill, I sat down and wrote something that sounded like an old guy ready to nail another nail into UCI’s coffin.

But with age comes wisdom, right? I hit Rock Hill without the pressure of racing and with a media pass from the UCI to stand track side and take photos. I hit the breweries of Charlotte with Will Murray and his crew of “mature” US racers and with a group of Aussies. I hit a Charlotte club at 1am in thongs earning the praise of a local for being “ballsy” for my choice of footwear. I laughed so hard at a story about Khalen Young that could be nothing but true from one of the US boys, and I laughed so hard driving through Charlotte that I nearly had to stop to dry my eyes.

Jet lag hit hard and I shelved that initial draft and have had time to think about what BMX means to me, and wonder what it means to those kids from Australia that travelled across the world, with parents spending thousands to chase a world title, and piecing it all together. What are those kids striving for? I reach back to when I was 16 and try to think what it was like for me to race at a world championship. What did it mean to me as a kid?

Well yesterday I raced at a local event and the parents of a young girl that raced in Rock Hill dropped by my tent and thanked me for the photos I had taken of their daughter over there. They were very grateful for the memories I’d provided for their family and having driven quite a number of hours to be at this race, mentioned how their 14 year old daughter was now making friends with the other girls in the “pro” group as well, and making her first “pro” final. I could sense Tahlia had attained the type of confidence that racing those big races give you and being from a regional town, not far from where I grew up, the coincidence in circumstances hit me.

I never came to BMX racing “wanting” anything as a 13 year old kid. I just wanted to jump shit and hang out with my mates. What it has given me is lifelong friends and experiences. It took me from a small country town as a kid, to places around my country and the world and I wondered that the friendships that Tahlia was making this very day would last a lifetime. Sentimental huh? Don’t get me wrong, I still have a dead set goal of heading back to the US next year and give the 46 x 20” class grief, but as far as worrying about the UCI and whether they give a shit about old guys like me and have a challenge class at the Worlds for us, meh, BMX will survive and thrive because of the people in our associations and the passion to be as fast as you can on a BMX bike. But it might be up to us “grumpy old guys” to get off the keyboards and take on developmental roles (as quite a few have already done), because the UCI isn’t interested. Keep pushing, because you can make a difference.

Get out there and jump something, it’s not too late. And to add one piece of advice that’s come from the attainment of wisdom, don’t leave your loofah in the shower in an Airbnb house you’re sharing with BMXers.