Challenge Classes a priority at the World Championships?

As Rock Hill was the first BMX World Championships to be held in the US (the spiritual home of BMX) since 2001, the event was always going to be big with Team USA likely to fill its “Home Nation” roster of 32 riders per Challenge Class (compared to 16 riders per Challenge Class for the other competing nations). And a big event it was, drawing 3700 competitors from 48 different countries. It was an amazing event which brought $19.2m to the local economy in the space of a week, and I felt privileged to be a part of it and to meet fellow members of the global BMX family (albeit only in my capacity as an Exhibitor in the Expo Village).

After the event, it was interesting to read the summary of Neil Cameron (President of BMX Australia) of his Rock Hill Worlds experience, but even more interesting were his observations from the UCI Conference. The surprising thing for me to read was that despite Rock Hill being of one of the biggest and best BMX World Championships ever, one of the topics tabled by UCI at the conference was “how the event could be made smaller” because the Challenge Classes have gotten “too big”.

Kevin MacCuish (UCI’s BMX Co-Ordinator) response to Neil Cameron’s article, contained 2 stand out points for me being: (1) UCI’s role is to operate the sport, not develop it; and (2) “The more entries there are in the world challenge event, the more difficult it becomes to deliver a decent event”. The purpose of this piece is not to argue with any of Mr. Cameron’s or Mr. MacCuish’s points (both make some very good points), but their respective articles led me to some thoughts of my own.

This would allow the rider caps in the Junior and Elite classes to be lifted, enable every country to send their best riders to the Worlds (i.e. no repeat of Tre Whyte and Quillan Isidore scandal of 2016) and make a real showcase of an event featuring the crème de la crème of BMX, which would be potentially more marketable an event for TV or pay per view. Then the national federations who won the tenders to host the Challenge Worlds could incorporate their event into their responsibility for developing the sport at the Challenge level. This would also address the issue of ensuring the BMX World Championships goes to countries with some kind of BMX heritage and infrastructure (and the UCI could take their showcase Championship Worlds to the emerging markets like Azerbaijan). 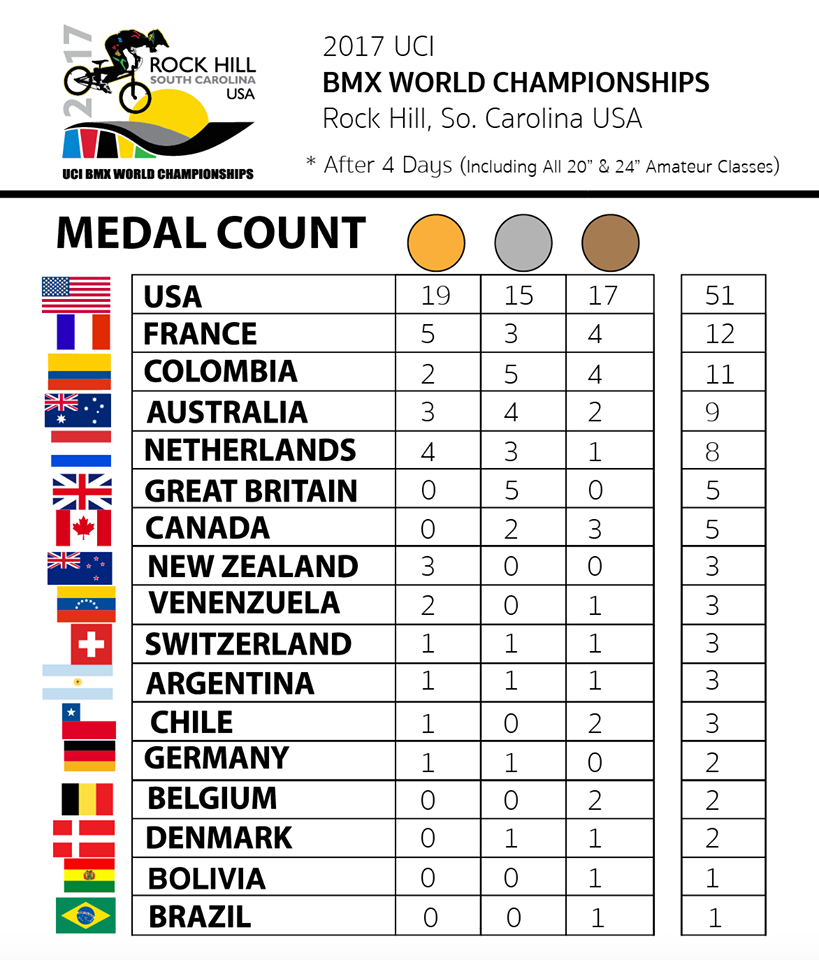